What’s the deal with IT recruitment agencies? 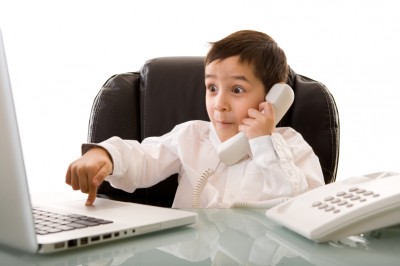 The agency type that attracts by far the most opprobrium are those in IT.

The Internet is littered with blogs and discussion threads, all written by people in their target audience and all being incredibly hostile to IT recruiters.

This particular love letter to the IT recruitment industry is especially savage.

If you’re an IT recruiter, it might be an idea to read that first. That way you’ll see that, by comparison, I’m a pussycat.

It’s something that’s been going on for almost as long as the Internet has existed.

It could be argued that IT agencies attract the most online negative press because IT people spend more time online that anyone else – but that would miss the point because the themes expressed by these techies are fairly consistent. The most common laments are:

1. A lack of basic understanding of the technology.

So why haven’t these agencies done anything about any of these things?

Not only have they not done anything, they seem to have gotten worse.

Yet they all seem to hire the same types of young inexperienced people who like to call them themselves “Talent Acquisition Consultants” barely 6 months after working as a sales assistant in River Island.

And they all seem say the same things on their websites, job ads and emails.

It’s like the more they get criticised and lampooned, the worse they get.

Do they know something the rest of us don’t, or are they just totally fucking stupid?

I admire those IT recruitment agencies that do position themselves and act differently, but it must be incredibly frustrating swimming in that particular sea of effluence.

Or maybe it’s the hiring companies fault? Afterall, it’s them that give out these job vacancies to these agencies.

Are they just totally fucking stupid too?

Please, enlighten me. I’m all ears.

UPDATE: One of the decent IT recruiters, a chap called Ionut Roghina, kindly wrote his own blog in response to this one.

Refreshing to hear someone willing to call it straight. I have been a Full-Cycle Recruitment Consultant two decades with an extensive focus on Recruitment process improvement and training. During that time I have worked with some of the biggest players in the industry as well as F100-500 client corporations. The average recruiter in this business is untrained, clueless about the market, saddled by useless methodologies,utilizing problematic systems and driven by ridiculous metrics that were established by oblivious management that doesn’t understand the shallowest waters of this business. And that is not counting that largely useless Indian offshore model. That would open a whole other can-of-worms.

I can’t speak to the UK market but the model here in the US is pretty simple and running rampant like a virus through the bloodstream of the industry I have loved for years. Hire dumb, pay cheap and create “Cookie-Cutter” automatons that can follow programming and not ask questions, or challenge the accepted status quo. Add to that the wholesale commodization of human beings as “Resources”;and the usurping of actual human interaction with useless regimens of automation and you have the perfect storm.