The problem with passive candidates… 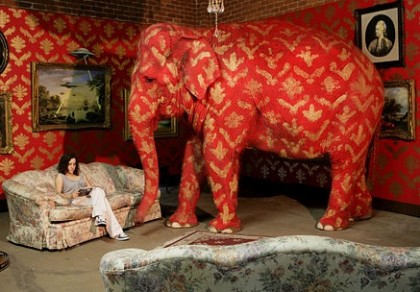 I think the term “passive candidate” is disingenuous – at least in any meaningful practical sense.

I think it belies what kind of potential candidate this person actually is.

In my experience, active candidates (especially those who are unemployed) can sometimes be a little too indiscriminate in their approach to the job search and to interviews. They have the pressure of a lifestyle to maintain, rent/mortgages to pay and so need another job as quickly as possible.

This often results in them not doing enough due-diligence on the hiring company and overselling themselves in the interview – only to find themselves back on the job market in 6 months because they didn’t take enough care to evaluate whether the company (or line manager) was right for them.

Passive candidates on the other hand, have a tendency to ask more questions of the potential new employer and to weigh-up the opportunity more rationally. With them, the interview process is more of a two-way street.

So, where’s the problem with passive candidates?

The problem is, most of the candidates recruiters thinks are passive, aren’t.

When an agency recruiter contacts a passive candidate, they often don’t fully appreciate that this person doesn’t want (or expect) to be interviewed over the phone. The passive candidate wants (and needs) time to evaluate whether the new job is really worth considering and usually that means they want to see something in writing that they can read and re-read. Hopefully, something that will spell out why this job might be better than the one they’re doing.

The agency recruiter invariably doesn’t have that kind of time because they have KPIs to meet and other agencies to race against. If the candidate pushes back and asks for something in writing, the recruiter sends them the hiring company’s 900 word job spec. That usually means end of dialogue.

What genuinely passive candidates do expect, is to be given enough insight into why the job is potentially better than the one they’re doing.

Which brings me to the agency recruiter’s 2nd problem.

Most of the time, recruiters don’t have this insight – usually because they haven’t pushed the line manager for this level of information. This is especially true in those cases where they’ve found the hiring company from a cold-call. They’re just grateful for the vacancy, don’t want to push their luck and so are content with the 900 word job spec.

However, despite all of this, a small number of these so-called passive candidates will still be willing to put themselves forward for the job.

Those are candidates who need another job (as opposed to want a better one) because they hate their boss, their boss hates them, they aren’t doing all that well, are on a verbal warning, or for a multitude of other reasons.

This is just one example of why the majority of candidates that recruitment agencies describe as passive, are in fact active.

Why else would someone who is in a job where they’re relatively happy, agree to put themselves through the most gruelling of conversations (aka the job interview) for something that’s the same as what they’re doing?

I’d argue that these passive candidates who do agree to be put forward, are in reality, active job seekers who just happen to still be in a job at the time of the call or message.

Candidates with the same sector/role experience as the target job and who are willing to go to an interview with very little coaxing, are attractive to recruitment agencies because it helps them justify their involvement by sourcing “talent” from competitor companies – for that is what the word talent has come to mean for many.

Whilst on paper these candidates may look attractive to the hiring company, they don’t look so attractive when they leave in 7 months. Or stay and perform averagely. Then the whole comedy of errors that is the search for “top talent” starts all over again.

So, that’s the problem with many of the people recruiters describe as “passive candidates”.

Feel free to tell me why I’m wrong.

The Road to Damascus »

Sales doesn’t need to be this cold »