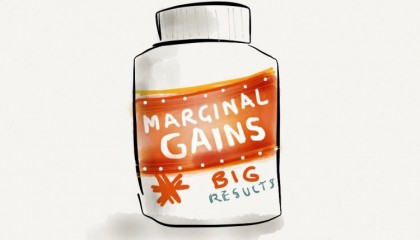 The other day I posted something on LinkedIn.

As with a lot of my posts on LinkedIn, it was about recruitment advertising, which in itself is unsurprising because… I HAVE FUCKING COPYWRITING COURSES TO SELL!!!

Sorry about that. That was just my safety valve going off in response to a few people who think I’m boring because I talk about recruitment advertising a lot. Yeah I agree, trying to make a living is boring. If I had my way, I’d just fuck-about doing other shit and just turn up to the Copywriting for Recruiters training courses I run with Jackie, which by the way, would have magically filled themselves.

Anyway, that’s the plug for the training course out of the way…

This particular LinkedIn post was drawing attention to what some people complained was a minor and insignificant aspect of a recruitment advert – namely that of the Call to Action. The Call to Action (CTA) in any advert, is where the reader can see what they need to do to find out more about the product or service being advertised.

In this case it’s a job – something some people might categorise as being quite important.

The point I was making in the LinkedIn post was that any job ad that only gives the reader the option of sending a CV is probably going to lose one or two potentially interesting candidates who don’t have an up to date CV on account of them not needing one because they’re in a job they don’t need to leave.

If at this point you’re asking “If they don’t need a job why are they looking at job ads” then I would respectfully suggest that you get some training on understanding the psychology of passive candidates.

There is no “minor issue” in recruitment.

Recruitment is a massive bundle of minor issues – all of which when looked at in isolation, may look insignificant. But they’re not.

That’s because as recruiters, we are all in the business of small marginal gains.

What that means within the context of the CTA, is that if you can make it easier for the right candidate to express some interest or curiosity without having to send their CV (either because they don’t want to or can’t because it’s not up to date) then you really ought to do that.

Because if doing that means you’re getting one extra qualified candidate who turns out to be the right person for the job, you owe that to your client, your employer and yourself.

So anything you can do that encourages that one extra qualified person to explore your job vacancy (who otherwise would probably have done nothing) has got to be worth doing.

The reality is that any job ad that ends with “To be considered for this job please send your CV to…” is probably the final sentence in a piece of content that reads more like a ransom note than an advert that anyone’s going to want to read.

So, if you do manage to get a qualified person to read to the end of your job ad only to then lose them because they don’t have a current CV, at best it’s professional negligence.

That’s the number of responses any job ad needs, if it’s the right one.

Great article. I’d also argue that CVs are pretty useless anyway. They tell you about the jobs people have had in the past, not their future potential. They allow you to discriminate against someone who might have gaps in their CV which bear no relation to their suitability for the role.

Recruiters who rely purely on CVs and interviews for assessing a candidates suitability for a role are, quite frankly, lazy, and will struggle to find the talent they need.