Recruitment’s relationship with sales is dysfunctional. 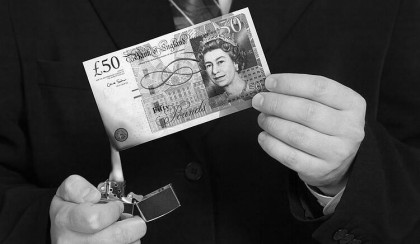 One of the things about agency recruitment I’ve always pushed back against is their notion of what selling is.

I did it again last week on Mark Gaisford’s webinar, but managed to control myself in case I derailed the agenda.

Agency recruiters are often accused of being a bit “too pushy” when it comes to sales – and I’ve long believed that coming across as pushy is a clear sign of a lack of sales technique.

If we assume that the primary sell in any industry is the one made to the person actually paying for the product or service, let’s take a look at what that might look like in recruitment.

A perm recruiter. Specialises in a niche. Has at least 2-3 years experience under their belt. Works on contingency.

At the point the recruiter has their first conversation with a hiring authority is typically when ‘the sell’ has to happen.

In most instances, the recruiter’s primary objective is to register a job vacancy they can work on and, for the purposes of this example, let’s assume the hiring authority has a brand new vacancy they need to fill.

Without breaking down how that call might play out, fundamentally, the recruiter is going to have to convince the hiring company that they’re capable of filling the vacancy. How they do that is key.

If they do it badly, the call will last 2 minutes.

If they do it averagely, by relaying the same script they (and most other agencies) give to every prospect (“we’re experts in your field”, “we’ve worked with some of your competitors”, etc.), they’ll possibly be given the vacancy, but the hiring authority won’t have too many expectations, if any.

If they do it well, the hiring authority will probably be left with the feeling that this particular recruiter will solve their problem. Or at least have some raised expectations.

However, the new problem (which the hiring authority won’t know) is that the recruiter statistically has only a 20-30% chance of filling the job – depending on how many other channels the recruiter is competing against.

The other problem is this. If you sell something you only have a 20% chance of delivering on, that’s not selling. That’s called overselling.

Overselling is where the idea that recruiters are too pushy comes from.

Overselling contributes to the idea that recruiters don’t really know how to recruit and are just playing a numbers game.

If you really want to sell, you’re going to need an actual definable service. Something that resembles a functioning recruitment process, both in structure and in content. If you’re unsure what the content part of that process is, it’s your ability to both attract and assess candidates. Basically, something that can stand up to some scrutiny.

I believe that real selling is only something that happens with prospective (or existing) clients – because it’s they who require a service and it’s they who put the money into your bank account.

And whatever it is you think we do with candidates, it isn’t real selling. It’s marketing, promotion, influencing and maybe even sometimes a little cajoling, but it isn’t selling. They’re not buying you or your agency, they’re buying a potential career move with another company – a decision that is ultimately out of your control.

So, have I made the case that most recruiters don’t sell?

If not, I’d love to hear why, so I can stop getting irate everytime it crops up in discussions.

This is something I’ve been pondering a few years. My clients often tell me horror stories they experienced with pushy shallow recruiters. Recruiting, in a large way, has the same reputation problem which car sales does.

Our industry needs a ‘Trusted Advisor’ makeover where new recruiters must apprentice there way into the relationship side of recruiting and the standard of consulting and partnership far exceeds an interest in selling.

Great article. More work must be done to reform our industry to be more productive for our clients. We can, and will, do better.